Annually, the junior membership votes on fun honors that represent their year together.
​Awards are presented at the IMGA Annual Banquet in December. 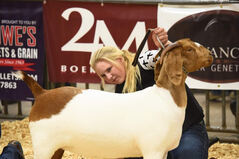 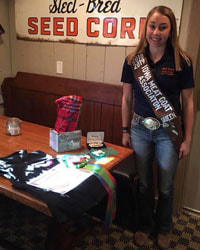 2018 Youth Member of the Year - Reese Brown
The 2018 Youth Member of the Year was awarded to Reese Brown. Reese has promoted goats this past year in many ways including showing, being the Vice President of the JIMGA, and helping with many IMGA events. Reese is a freshman at Wayne High School and raises boer goats with her family at Bridgeport Boers. Congratulations, Reese!