IMGA members are asked to nominate a youth IMGA or JIMGA member who has shown to be an ambassador in the past few years. This award is meant to be recognition of a youth member who has exhibited excellence in the meat goat industry through their involvement throughout shows, events, etc.  Ambassador results are announced at the IMGA Annual Banquet each December.

The following should be considered when nominating a youth candidate:
The year's ambassador will be presented with the following at the IMGA Annual Banquet in December: 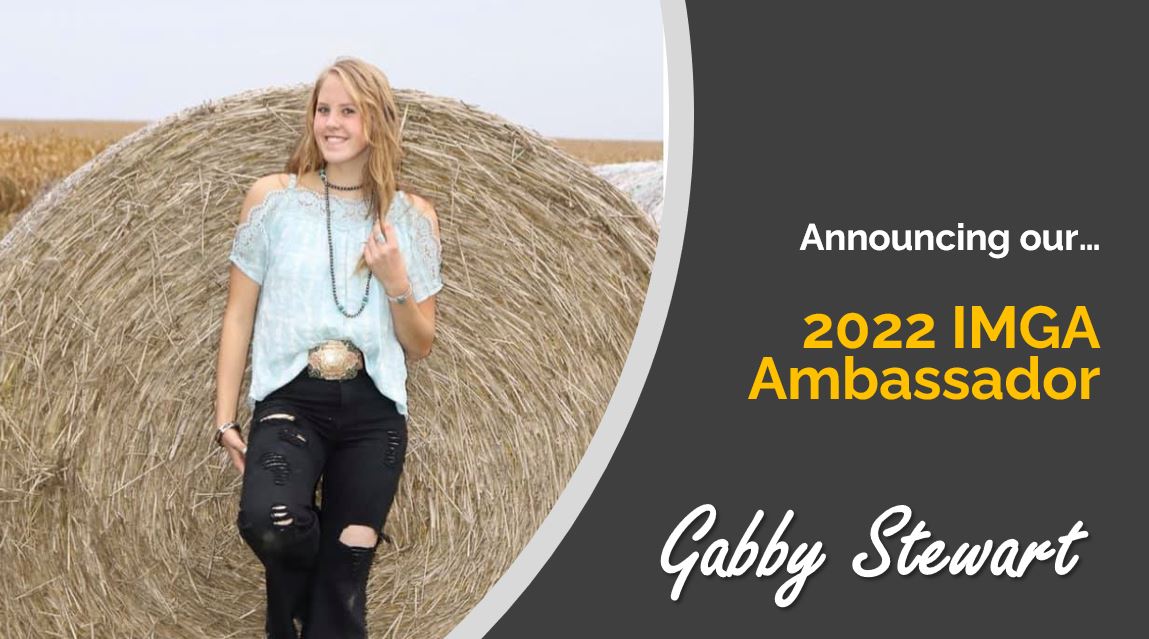 Gabby is the daughter of IMGA members Isaac & Heather Stewart of Harcourt.  The family operates IH Stewart Farms.   Gabby was the IMGA Top Goat Promoter in 2020 and has continued to promote and be a very active JIMGA member since. Gabby has already shared some great ideas to further promote the goat industry and IMGA.  We are very excited to have Gabby representing the IMGA!